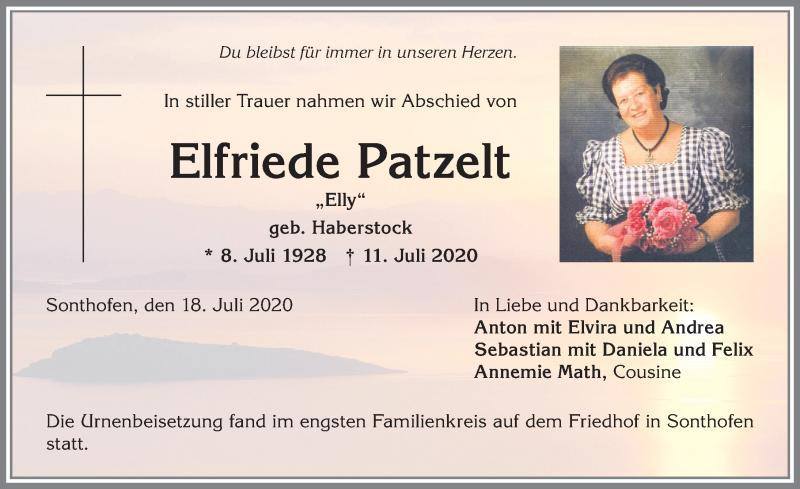 We're so sorry to hear that our member Toni Patzelt, who lives in Bavaria, lost his beloved mom recently. Elfriede "Elly" Patzelt was here in 1999 when the Allgäuer visited Edelweiss. She was a delightful lady and her family will miss her deeply.  Edelweiss sends its condolences to Toni, his wife Elvira, their children Andrea and Sebastian as well as Sebastian's wife and son.

Andreas Werner Sr., an Ehrenmitglied of GTEV Edelweiss Detroit, passed away on May 10, 2020, just 3 months before his 90th birthday.  Andy held many positions in the club since joining in 1954.  He served as Vorplattler (dance group director) for the adult dance group and the children’s dance group.  He was also our Sachenverwalter, responsible for our club’s Tracht (traditional costume).  In his time, it was a pretty big job to outfit members of all three dance groups in our club’s traditional costume.  Later, he served as 1. Vorstand (president) of the GTEV Edelweiss.  In addition to serving in these roles in the club he was also an active member of the dance group in his younger years.

After some health issues, he retired from his position at General Motors and moved up north to the East Tawas area.  He built a beautiful home on the lake and lived there with his wife Betty until his passing.  GTEV Edelweiss is indebted to Andy for all of his hard work on behalf of the club.  Without hard working members like Andy and so many others, who were instrumental in building the club, GTEV Edelweiss, Detroit would not exist today.

Andy was born in the town of Marching near Passau and came to the US as a young man in 1949.

Our heartfelt condolences go out to his wife of 68 years, Betty, and all of the members of his family.  You are in our thoughts and prayers.

The Governor has issued a stay-at-home order for the remainder of April.  The committee meetings for April and for May as well as the membership meeting/dance practice on April 19 have all been cancelled. We're also cancelling the May 3 dance practice and meeting.  Stay home, friends, and stay well.  Bleibt daheim; bleibt gesund.

Even though our friends in Windsor haven't officially called the event off, the border crossing between the U.S. & Canada will be closed for 30 days.  We won't be able to get there from here.  Another disappointment.  Bleibt gesund!